According to Merriam-Webster’s dictionary, ephemeral means “lasting a very short time.” A number of messaging apps are designed for this very purpose — to allow messages and photos to self-destruct. SnapChat, Confide, Telegram, Hash, Signal, Wickr and an ever-growing number of similar messaging apps promote themselves based on both the power of their end-to-end encryption and their ability to disappear without a trace. For example, Confide is a self-destructing messaging app that deletes messages immediately upon opening. Confide promotes its app as “encrypted, ephemeral and screenshot proof.” It was the ephemeral messaging app of choice used by White House employees to cover their tracks during the hunt for “leakers.” Signal, which NSA whistleblower Edward Snowden once said he uses every day, allows disappearing messages to be managed by anyone in the conversation thread and a timer can be set to determine how long the message remains once opened. Not all of the disappearing claims are true. Signal warns users that its app is “not for situations where your contact is your adversary” since the recipient could always use another camera to take a photo of the screen before the message disappears. SnapChat’s “disappearing” messages claim was deemed false or misleading by the FTC resulting in a Consent Order being entered against it.

Regardless of which messaging app is used, the essential purpose remains the same — to send and receive encrypted messages and avoid the preservation of the message and its content. While these apps are a great form of social media, they can be problematic in litigation.

© 2020 Reprint permission from the Palm Beach County Bar Association. This article was originally published in the March 2020 PBCBA Bulletin. All rights reserved. 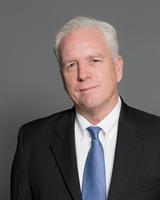